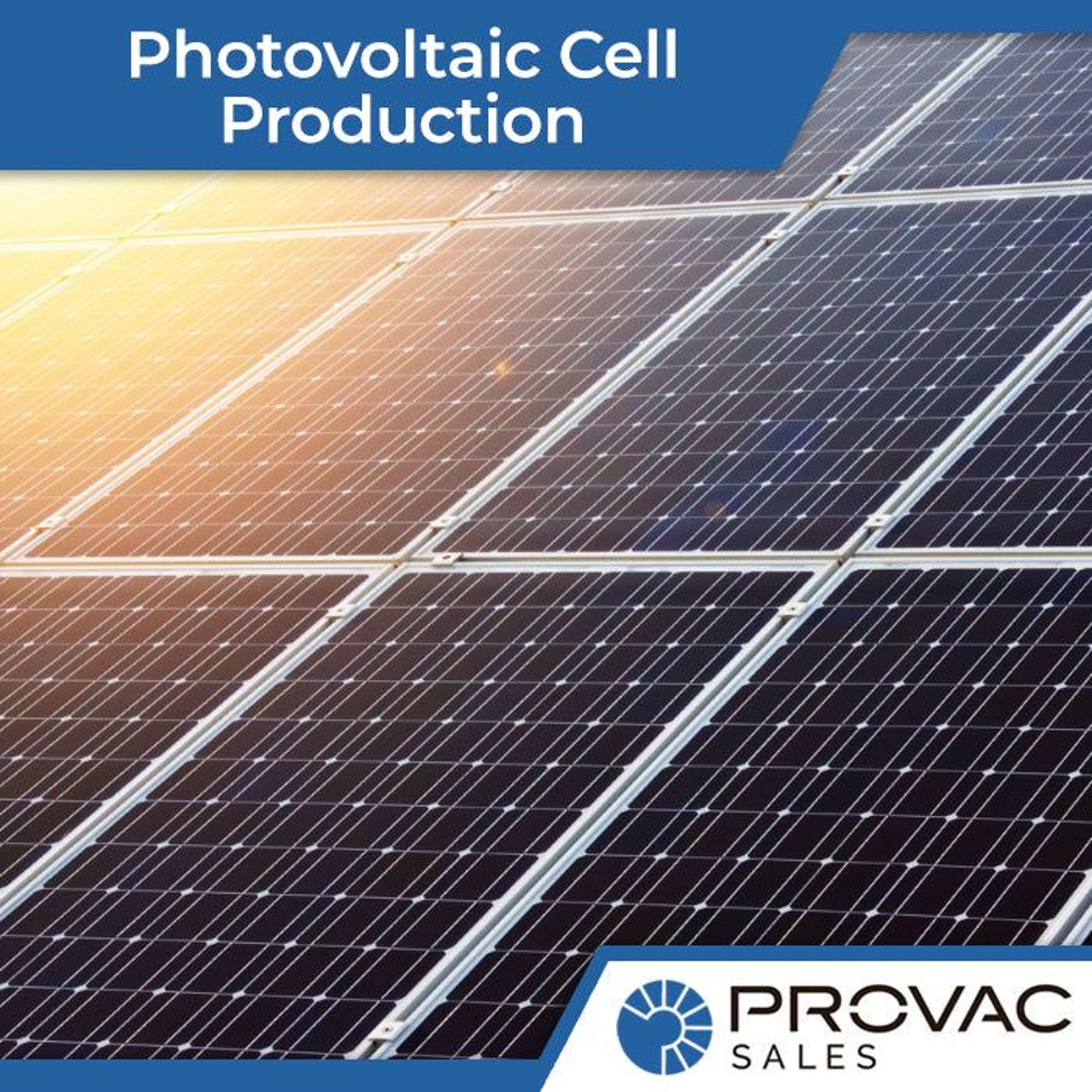 The Use of Vacuum Pumps in Photovoltaic Cell Production

ProvacBlogThe Use of Vacuum Pumps in Photovoltaic Cell Production 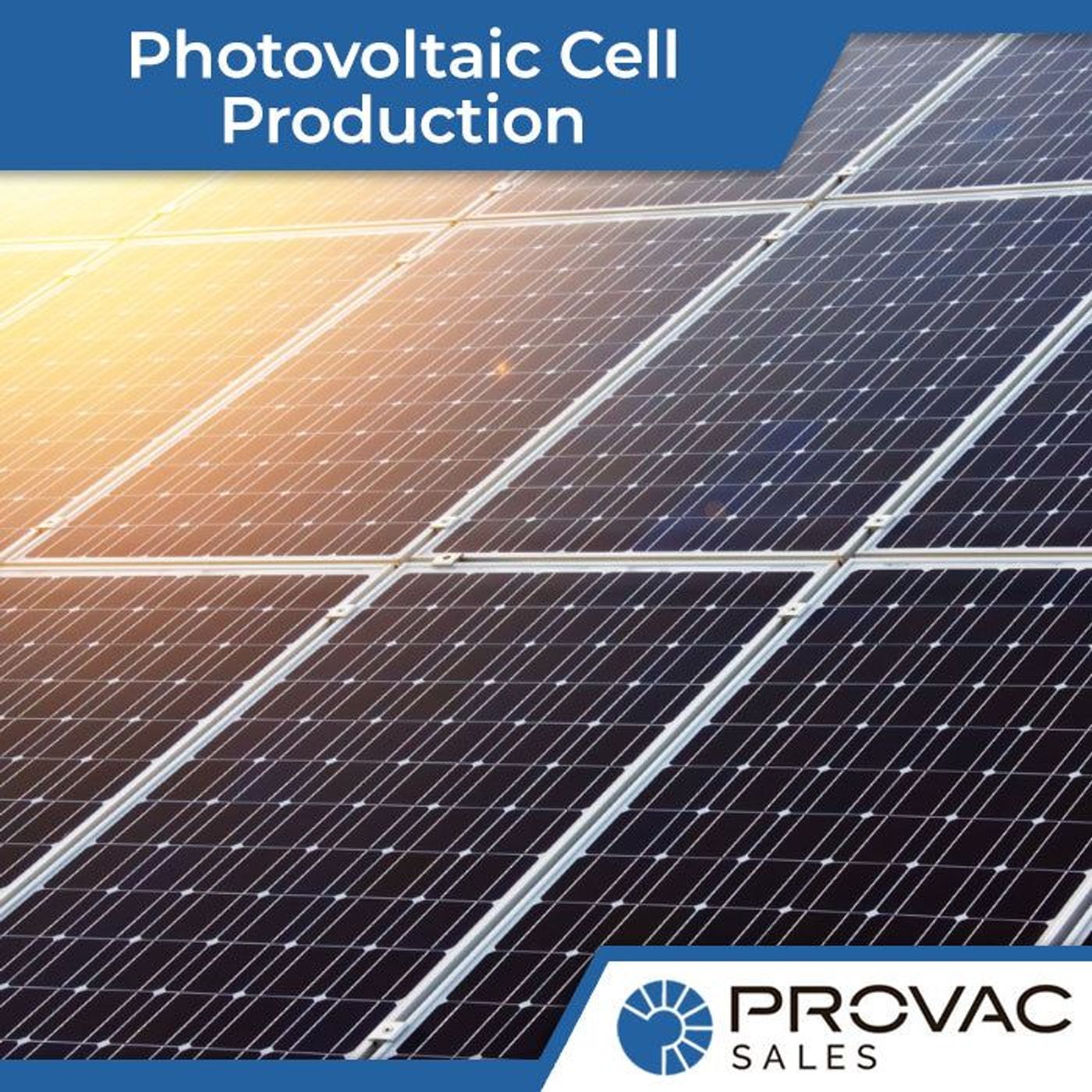 With greenhouse gasses accumulating every day, it’s high time that people start shifting from traditional electricity production to producing electricity from solar cells. Many countries have even declared various benefits to people who install solar cells and use them to produce electricity. This would significantly reduce the need to consume natural resources so that enough can be left for the next generation to live happily.

Producing solar, or photovoltaic cells involves various processes, such as ingot, module, cell, wafer, and polysilicon. Vacuum pumps are a crucial component in the cell, module, and ingot manufacturing processes.

Many renewable sectors are now moving towards solar adoption because it helps save more in the long run. Paying strict attention to the design of the vacuum pumps can lead to the profitable production of thousands of solar cells and as a result, reduce the overall prices of these systems. According to experts, using vacuum pumps to produce solar cells can encourage market growth and allow more people to adopt solar energy.

Solar cell production involves a process that starts at growing silicon and ends at cell manufacturing. There are two crucial steps that ensure the quality of the solar cells; lamination, and wafer. It becomes an important task to select the right vacuum pump for such projects. Remember, the choice of the vacuum pump may finally determine the overall cost of the solar panels. Let’s take a look at how vacuum pumps play an essential role in different stages of solar cell production:

Vacuum pumps reduce the massive cost involved in acquiring the purest argon possible for solar cells. They enable a technique called directional solidification that eliminates the need to go through a long process, and ultimately, increases the price of the photovoltaic system. This technique follows a monocrystalline wafer process instead of the polycrystalline-based wafer process. The monocrystalline wafer process is more efficient and takes less time to produce photovoltaic cells than its counterpart.

In this technique, the experts add dopants at the time of ingot growth. That’s why the vacuum pump plays an important role. The vacuum pump is able to handle the large amount of silicon monoxide generated by the crystal grower. It also allows the entire unit to achieve better efficiency, reduce the cost of ownership, and cut down maintenance costs. The vacuum pump efficiently manages the byproducts produced during solar cell production and ensures that there is almost zero waste after the production stage is over.

Solar cell fabrication on the wafer is another stage where vacuum pumps are needed. This stage has two parts; doping, and diffusion. Once the doping and diffusion stage is over, the vacuum pump focuses on dry etching. This is one reason why many people call it the dry vacuum pump for photovoltaic cell production. The pump is also responsible for PECVD (plasma-enhanced chemical vapor deposition) and PVD (physical vapor deposition).

These stages are infamous for two reasons; excessive powder generation, and producing highly corrosive dust. However, the presence of the vacuum pump doesn’t allow these byproducts to float in the air. The pump efficiently sucks the dust and corrosion powder, thus preventing any other part of the manufacturing unit from getting affected. The pump will later eject the byproducts into a safe chamber. The chamber may be evacuated in a place that won’t cause air, water, or soil pollution.

Once the experts produce the solar cells, it’s time to put the wafers together and keep them in a module production line. In addition to producing the photovoltaic cells, it’s also important to solder them properly. Manufacturers use metal connectors to solder the cells together. Big solar panels include five or six cells put together in one plate and integrated into a matrix-like structure.

Once the cells are soldered, the experts electrically connect the wafers and then encapsulate them so that they can withstand rainwater, dust, and moisture. In most cases, manufacturers use ethylene vinyl acetate (EVA) as the encapsulating material. The ethylene-vinyl acetate is put inside a vacuum chamber set at a high temperature.

The vacuum pump captures the ethylene-vinyl acetate. This ensures that the solar panels last long as the EVA sits on the cells almost permanently. You will notice a thin film on the cells if you look at them carefully. These films are hard to take out; they are the EVA films that protect the solar panels from dust and rain.

If you are planning to set up a solar cell manufacturing unit, make sure to pay attention to the type of vacuum pump you choose. PS/PD, iPH, and iPM are a few types of vacuum pumps that may be suitable for your projects and help make high-quality photovoltaic cells. 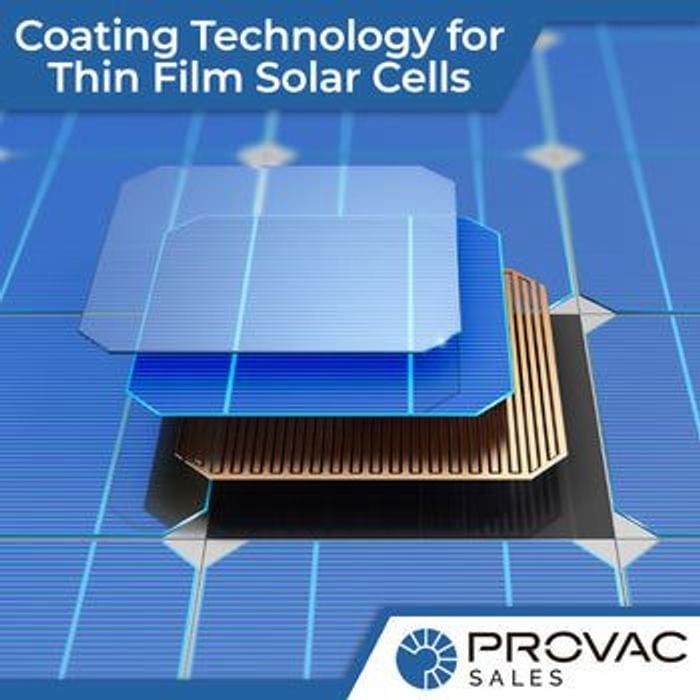 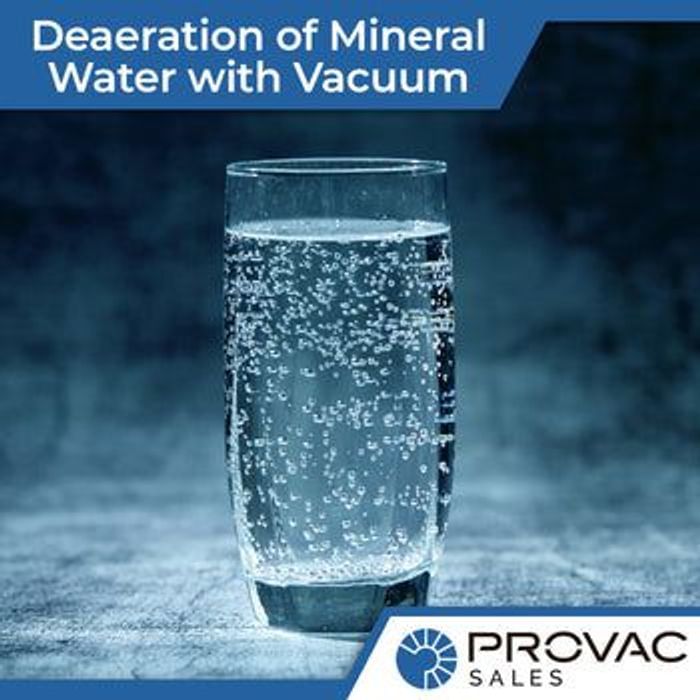